The belatedly viral intellectual meme of today, alignment charts have been revived and have taken the internet world by storm. There's even a subreddit committed to alignment charts. They originate from Dungeons & Dragons creator Gary Gygax, who was inspired by the fantasy fiction of Moorcock and Anderson, according to Wikipedia. It was designed as a tool to build and classify characters' moral behaviors, where uncharacteristic behavior would be penalized.

With the way that the internet meme (and 1977 release of D&D) goes, there are two axes: lawful-neutral-chaotic and good-neutral-evil, for a total of nine alignments. You can even take an old quiz from the year 2000 here to figure out which bucket you fall into. If you'd like to read about each alignment à la MBTI test, here is a reference.

The following are descriptors as per the third edition of D&D manual:

In the chart below, I've referenced a variety of sources, including Autostraddle, the general internet (first author is always hard to find for memes), and my unbridled opinion to demonstrate the many possible applications of alignment charts. 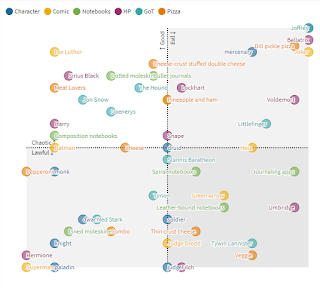 Making these charts is a bit of haphazard and highly subjective fun that requires that you brace yourself for unsolicited opinions from even people you haven't spoken to in years.
at March 19, 2019 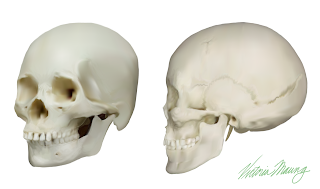