Using graphical representations of individual units of data (or datum?) can be a powerful educational  tool. The following examples show how deconstructing

Human exposure to radioactivity is measured in units of Sieverts (Sv). Specifically, Sv measures ionizing radiation, which is the sort of radiation that has enough kinetic energy to knock electrons off of atoms and molecules. That radiation can also break molecular bonds, like in DNA, and generate free radicals. As a result, ionizing radiation can be harmful to human health two ways: deterministically (large-dose, acute exposure) or stochastically (typically accumulation of mutations to somatic cells leading to cancer).

In most cases, an individual's pre-existing risk of getting cancer is much more significant than the added risk that any singular event can contribute. And there has been many science communicators that created useful infographics to effectively represent the relative radiation dosages from different locations.


Though these infographics are a concise and economical usage of limited pixels, the most effective representations of Sieverts to me was Derek Muller of Veritasium's units of bananas he used in his video: Most Radioactive Places on Earth. Derek travels across the world to measure levels of ionizing radiation. He measures the most radioactive places on earth by units of bananas, or the amount of radioactivity a banana contains due to its potassium content, or 0.1 microsieverts, or 1/(10^6) of a sievert. (FYI--you'll die if you're exposed to more than 2 sieverts at once.)

In terms of science communication to the public, I believe that Derek's pictorial representation is the most effective. It is sequential and enlightening (especially to learn that smokers expose themselves to the most amount of radiation). It's no surprise that smoking is the single most causative cancer risk factor. HPS claims that smoking one 20-cigarette pack is an effective dose of 1 microsieverts, which alone already increases the yearly background radiation dose of an individual by 25%. CDC studies show that smoking causes 80% of all lung cancer deaths in women and 90% of all lung cancer deaths in men.

This sort of pictorial representation of data reminds me of Simone Giertz's The Every Day Calendar and Tim Urban's Your Life in Weeks. Using data visualization to sort and organize large quantities of data into small packages is helpful, but the power of representing units as icons and laying it out, uncondensed, helps to boldly accentuate point. 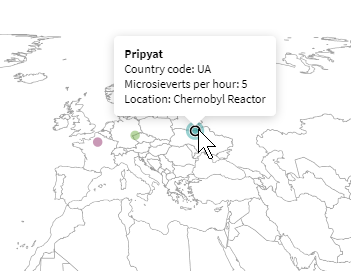 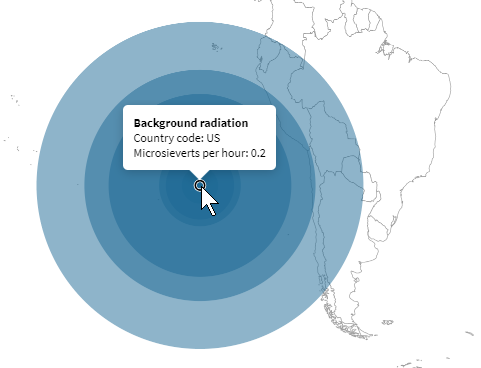